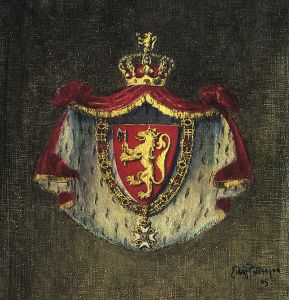 The coat of arms of Norway

The story of Margaret, the Maid of Norway, is short and sad. The little girl died before her 8th birthday, and before she ever set foot in the country of which she was Queen. And her death set into a motion a chain of events that would see Scotland torn apart by war for years to come.

Margaret’s claim to the Scottish throne came from her grandfather, Alexander III. Alexander had come to the throne at the age of 8 and had proved to be a very capable and strong monarch. He had married, on 26th December 1251, Margaret, the daughter of Henry III of England and Eleanor of Provence.

Margaret and Alexander had 3 children together. Their eldest daughter, Margaret, was born in February 1261 at Windsor Castle. And of their 2 sons; Alexander was born in 1264 at Jedburgh and David…